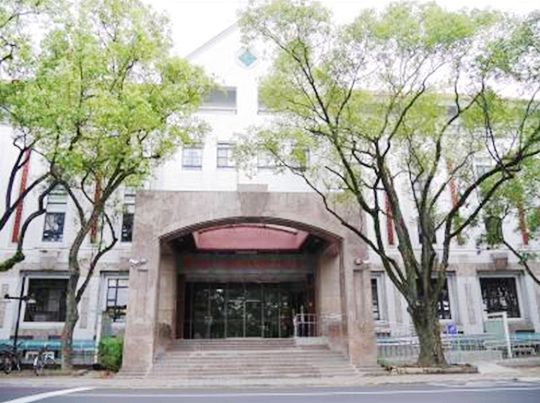 The Zhongxing Branch was formerly the Taiwan Provincial Government Library established for the convenience of the staff. It was transformed into providing public library services in response to the reading trend in 1959. After voiding Taiwan's official classification as a "province" in 1999, the library was incorporated into the government's "Data Room, Library Section" while still serving the general public as a “public library”. On January 1, 2013, it was incorporated into the National Library of Public Information, and renamed the “National Library of Public Information,Zhongxing Branch”,  integrating the services and quality of the main library. In 2015, in order to improve service quality, renew equipment, satisfy public demands, and demonstrate service efficacy, a new spatial renovation plan was implemented. The library was re-opened to public on January 26, 2016. The new library, in addition to conforming to public and fire safety regulations with accessible environments, also created service areas specifically for different age groups, enabling people of different age groups their own reading space, and making a more diverse utilization of spaces. Visit the spatial renovation of the National Library of Public Information, Zhongxing Branch (open in new window) for details on the differences.

The Zhongxing Branch is located at in the elite sections of Zhongxing New Village, nearby a children's park, post office, police station, hospital, high school, Zhongxing Hall, and sports plaza. The building has 4 floors above ground, and 1 floor below ground, with a floor area of 4165 square meters. It also has an outdoor parking lot for automobiles and scooters, and a courtyard park.

The Zhongxing Branch has a collection of over 130,000 Chinese and foreign books (up to Feb. of 2019). The collection also features the "Taiwan Provincial Government Report", "Provincial Construction Reference Compilation Collection", "Taiwan Provincial Government Policy Addresses" published between 1945 and the end of 2005 off the shelves. The general public can find them via the search system, and read them in the library or make photocopies, as well as browse them online via the "National Central Library Gazette Online."

How to come here